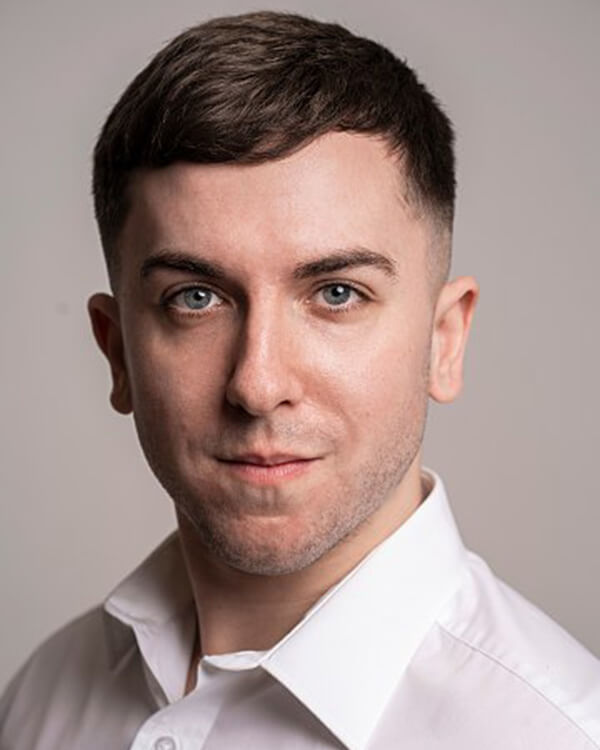 Stephen is an Actor from the Northeast of England with a background in Theatre, Film and TV having worked in a number of productions such as the Big City UK Tour, Hitler’s Headquarters and Blown Away the musical. He has also played principal roles in film productions such as Trainset where he played the role of Trevor alongside Patrick Bergen and Antony Costa.

Stephen is an experienced Corporate Actor having worked as a Role Player and Facilitator from the age of 18 across a range of industries and companies as well as for the NHS, Newcastle Law School, Northumbria University, Newcastle University Medical School and School of Dental Sciences, Sunderland University and Northumbria Pharmacy School.

Over the last few years Stephen has regularly worked as a Role Player for GP Selection Centres across the UK as well as in OSCE, MOSLER and Paediatric Exams and he has played a key role in the devising and writing of a number of exams. Stephen is experienced in playing roles in training videos for private companies as well as the NHS and for universities. Stephen also works in communication skills training and specialises in training business, medical and psychology students in mental health conditions and difficult conversations e.g breaking bad news.

Stephen is an adaptable actor who always brings a cheerful, supportive and positive energy to his work and he is passionate about helping clients and companies to progress and develop in order to achieve their goals.