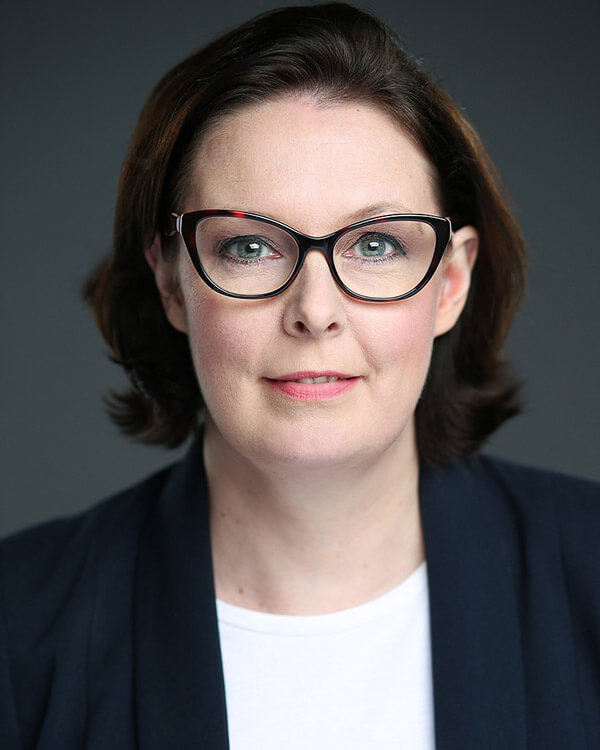 Brigid has a Bachelor of Science Degree in Microbiology and worked in laboratories in the food industry for many years before becoming an actress.

Brigid has been acting for over 15 years and is an experienced Corporate and Medical Roleplay actress. She has played everything from office workers and staff to management including senior managers in industries such as Telecommunications, Transport, Financial, Banking and Legal Practices. As well as working with a Pharmaceutical company, The British Library and within the Public Sector. She has also played patients and has worked in examination conditions for the Royal Colleges of GPs, Nurses, Optometrists, and Obstetrics and Gynaecology. She has appeared numerous times on screen in corporate videos, English language learning videos and training videos.

She is a Voiceover artist and with her Australian accent regularly narrates Audiobooks and voices Corporate and e-Learning jobs, Commercials and Radio Dramas. Having lived and worked in the UK for over 20 years she is also often called on for her British RP accent as well and excels at the Pride and Prejudice vagary genre of audiobooks. She won an Outstanding Achievement award for Narration at the MLC awards in 2020. Brigid is an Examiner on the Board of Examiners at LAMDA, so in between acting assignments she assesses acting and communications exams across the country.