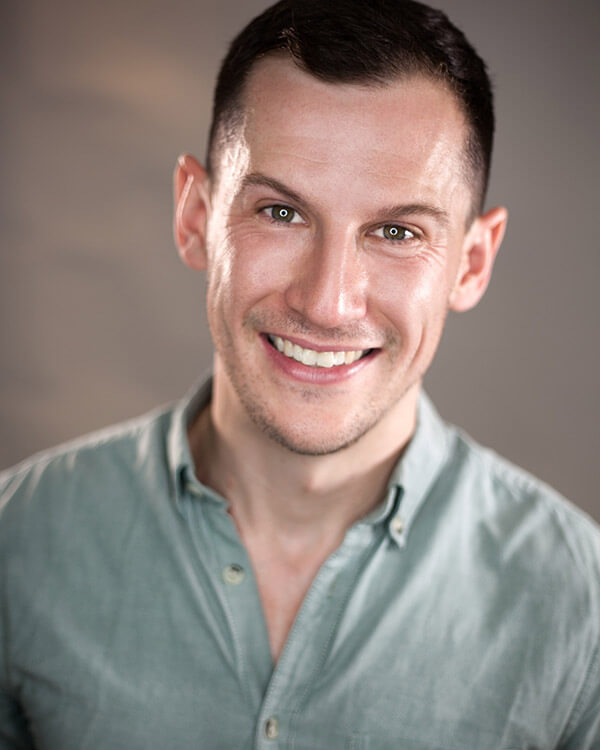 Nicholas trained at Rose Bruford College and is an award winning and highly experienced film, theatre and television actor. In 2021 Nicholas has played a series regular role in the new Neil Gaiman, Netflix show, The Sandman and worked as a lead presenter for Deloitte on their new analyst training programme. This saw Nicholas filming introductory videos, presenting live simulations, leading and facilitating discussions and providing constructive and concise feedback. Nicholas is a very friendly and approachable person and is someone who is highly professional and fun to work with.

He has been working as a roleplay actor since 2013 and is experienced in corporate, medical and armed forces roleplay. He is also an experienced presenter and facilitator. He has worked as a presenter for the charity Just Enough UK and drama company, Perform as well as independently. He does corporate roleplay for Lifebox Theatre who are partnered with The Art of Work. Medical roleplay sees him working for hospitals and medical emergency Courses. He performs in OSCE exams as well as medical training. Previously he has worked with the armed forces which saw him working on bases all across the country.

Nicholas is a fantastic improviser which is probably why he is regularly working in immersive theatre including murder mystery events. He has performed with The Killing Game since 2015. As a versatile performer Nicholas tries his hand at everything and as a result is also a professional puppeteer and creature performer including working with full facial and body prosthetics. You can see his work on Netflix, Amazon Prime, BBC, ITV, CBeebies, Channel 5 and more.