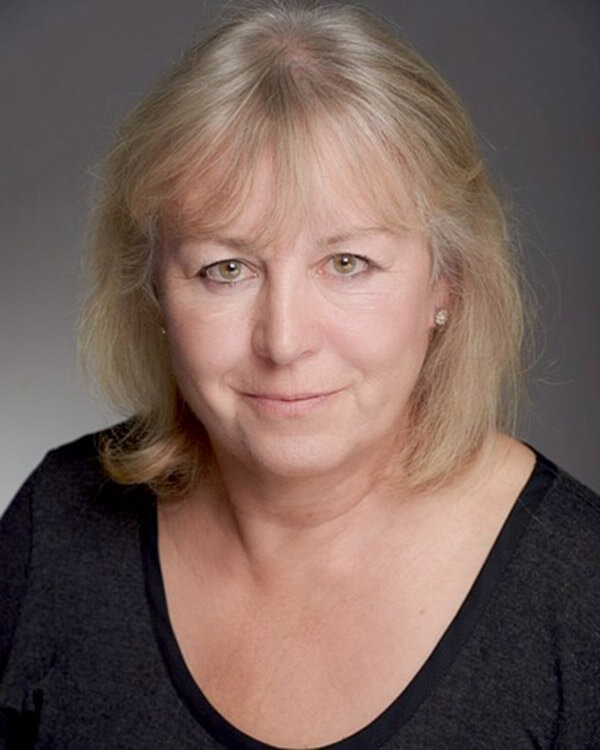 Kate has been an actor since her teens, originally studying for a degree in Drama at Goldsmith’s College. Cast in a film straight from university, Kate spent her twenties and early thirties in community theatre, theatre and film before taking a break to live on Dartmoor and bring up a family returning to complete a Postgraduate Diploma in Applied Theatre at Royal Central School of Speech and Drama in 2016 and an MA in Actor Training and Coaching in 2019.

Before returning to London, amongst other work, Kate produced and directed documentaries and major photographic events and facilitated theatre workshops for children and young adults. In addition, Kate worked for several years for the Department of Psychology at Exeter University role-playing for the assessment of trainee clinical psychologists.

On completion of her MA, Kate has returned to acting, most recently appearing at the Donmar Warehouse in 2020.

Kate is of Russian/English descent and speaks workable French and basic Russian (with a native accent). Her native English accent is RP and she has a good ear for regional accents. She is experienced in improvisation, devised theatre and facilitation as well as scripted dialogue. Kate has a warm, intuitive and inclusive personality, with the ability to put people at their ease and the reputation of being a good team player.