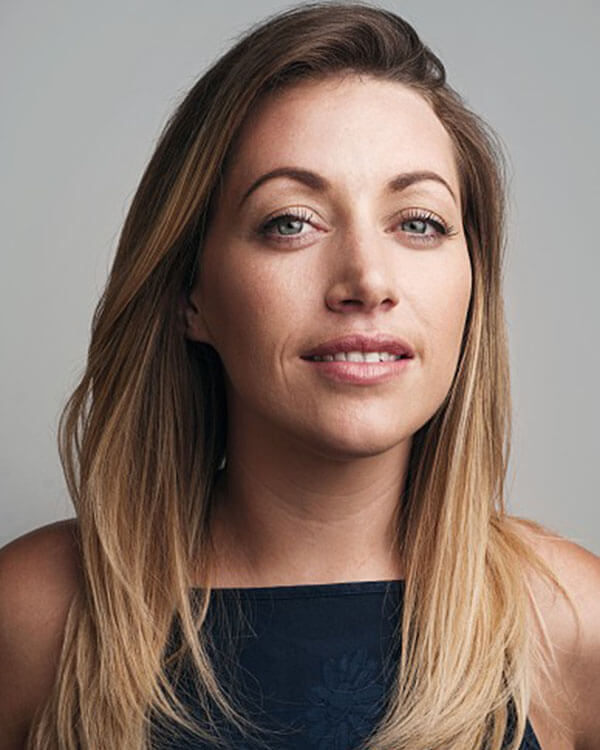 Originally from West Yorkshire, Farrel is an actor, voice-over artist and presenter who trained at East 15, graduating in 2010. As an actor, Farrel’s film work includes: ‘Big Boys Don’t Cry’, ‘My Dinner with Hervé’ (starring Peter Dinklage and Jamie Dorman), Cecilia in ‘Growing Old Gracefully’ and ‘Edit/Undo’ which was also nominated for five awards, including best acting.

She has featured in numerous commercials as well as appearing in several TV dramas such as ‘Emmerdale’ and ‘Coronation Street.’ Her stage work includes: Marilyn Monroe in ‘Hello Norma Jean’ (The Park Theatre) and Bernadette in ‘Stags and Hens’ (Stockwell Playhouse).

Farrel is also a writer and recently finished her first production, a comedy short titled ‘The Wedding Dance’.

As a role-player, Farrel has an array of experience in a wide range of settings; including the state educational system, medical, paramedical, OSCE examinations, the prison service and most recently introduced role-play to a local housing association. Her corporate acting experience includes a large number of corporate films for internal training purposes, promotional and recruitment. She is highly skilled in delivering scripted roles as well as being a strong improviser with a love for forum theatre.