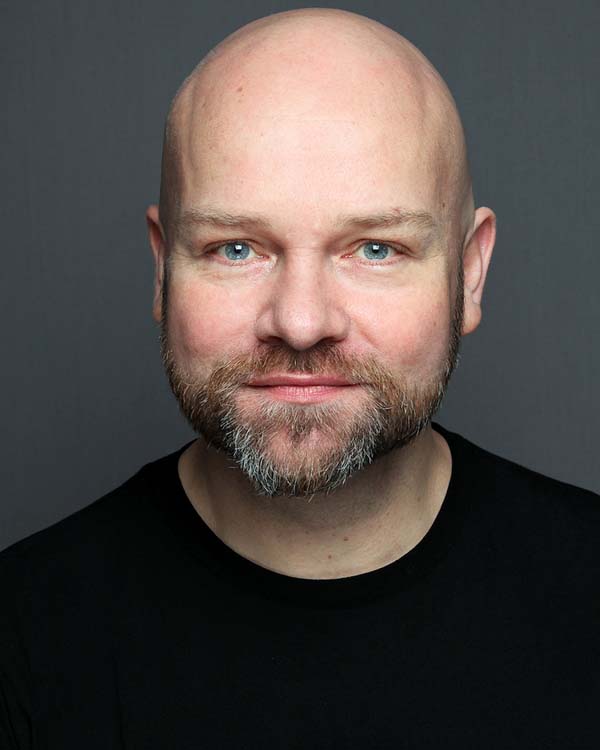 Daniel Osgood is a versatile Actor and presenter with a background in journalism and media production. He has worked as a media trainer and role player in the UK and overseas for clients including the United Nations, NATO, UK Government and in sectors such as Defence, Healthcare, Civil Policing and Energy.

He has extensive skills in immersive and interactive theatre & events and also brings a wealth of experience from the corporate world with previous work in press and media handling and PR.

Dan’s voice is familiar to viewers as a continuity announcer for ITV and BBC worldwide. The high pressure environment of live television presenting is one where anything can happen with last minute changes requiring focus and adaptability. Dan is highly adept at interviewing, ad-libbing, improvisation and providing a calm, measured flow of information to viewers at all times especially during technical difficulties and unexpected breaks in transmission.

TV appearances include Casualty (BBC), This Morning (ITV) He is soon to be seen playing a psychotic CEO in the film ‘Born Evil’ other recent screen acting roles have included playing a spy in the political thriller “The Warning” and a Psychiatrist in “I Don’t Love You…” He was recently nominated for an award his work on “Christmas Movie” which was made for the London 48hr Film Challenge.

Dan is also a Voice-Over, Director, Producer, Writer & Script Editor and over the years has worked in many different roles in TV & Radio production for BBC, ITV Network Presentation, Granada, Capital, Metro Radio and live event directing. Whether for an audience of millions or in a smaller scale role Dan is always adaptable, flexible, and methodical. With resourcefulness and excellent attention to detail he is able to maintain professionalism and good humour even in the most challenging situations.