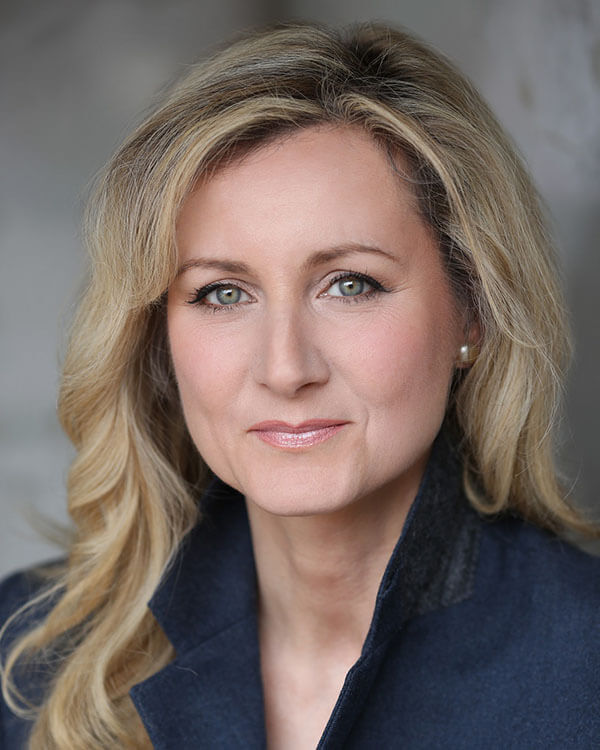 Corrinne trained at The Webber Douglas Academy of Dramatic Art in London. Prior to this she worked in advertising and as a Casting Director working on TV series such as Prime Suspect and the Ruth Rendell Mysteries.

After graduating in 1998, Corrinne worked at The National Theatre for 6 months and then was cast as a regular character in BBC1’s Doctors as Dr Helen Thompson, a role she played for 6 years and for which was twice nominated as Best Actress in the RTS Awards. Corrinne has also appeared as a regular character ITV’s Emmerdale, has appeared in many other TV shows and films, has toured extensively in theatre productions, and recorded several radio and audio dramas. She performs online as part of a comedy duo, “Jackie & Lolita”, and has recently completed filming her first leading role in a feature film, due for release in 2021.

Although Corrinne’s natural accent is RP, she was born in the West Country and has a good ear for accents. An experienced improviser, she is used to thinking on her feet and her prior experience both as a Personal Assistant and as a Casting Director means that she has strong organisational and communication skills. She enjoys working as part of a team and is more than happy to get her hands dirty.