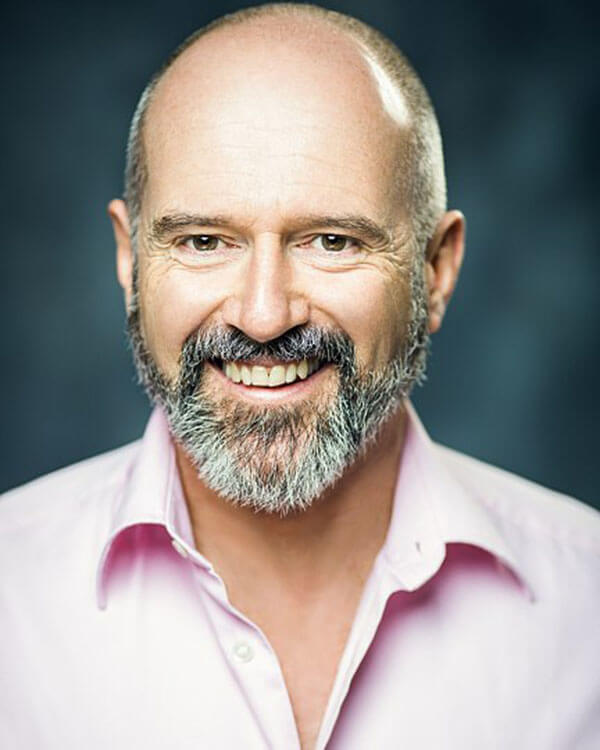 Jeremy was born and raised in Mumbles, South Wales, he graduated with distinction from The RWCMD in 1984. Prior to training he was a member of both The West Glamorgan Youth Theatre and The National Youth Theatre of Wales.

Jeremy has spent many happy summers in Nottingham with The Colin McIntyre Classic Thriller Season as both actor and director. Other rep seasons include The Torch Theatre, Milford Haven and The Pomegranate Theatre, Chesterfield and tours for Tabs Productions and Talking Scarlet.

Jeremy spent 6 years in Sydney, Australia performing in many plays including productions for The Australian Shakespeare Festival and the Sydney Mardi Gras Festival. He has dual citizenship.

His work in the role play field is extensive and includes clients in sectors such as professional medical bodies, accountancy, education, government ministries and organisations, retail finance and several corporate training films and voice overs.